We’ve all been there before… Hey, I’m going to put up a Facebook Ad today!

Facebook Ads work because you have the ability to provide value and content to a target audience in multiple different ways.

There’s no denying Facebook’s success – In the first quarter of 2016 alone, Facebook Ad Revenue jumped from $3.3 Billion to $5.2 Billion.*

Facebook has begun to expand beyond its own platform and created certified advertising partners.

What does this mean?

Advertisers (aka YOU!) can run ads from the Facebook platform (Ads Manager or Power Editor), target your audience using all of the current Facebook targeting features you’re accustomed to, but now have your ads show outside of Facebook on major sites Facebook has partnered with.

This is known to millions of advertisers as Facebook Audience Network!

Any business owner can now directly compete with MAJOR brands!

I’ll get into how to set up Facebook Audience Network Ads… but first I think it’s important to know what you are competing with.

Your MAJOR Advantage When Running Facebook Audience Network Ads Is This…

Let’s say you wanted to run ads on a major website WITHOUT leveraging the Facebook Audience Network and go direct to the source. So let me ask you… Would you rather spend a minimum of $5,000… or learn how to leverage Facebook Audience Network Ads and spend $21.34?

Before I show you where you can set up your Facebook Audience Network Ad, I want to make sure you understand how important targeting is to this strategy.

When using the Facebook Audience Network Ads, your ad will show on major sites, but not to just anyone who visits that site. Your ad will show to who you specifically target inside of Facebook.

This could be your Fans, friends of fans, a specific interest group, a custom audience, etc.

You have 100% full control of who your ad shows to on these major websites! This gives Facebook Audience Network Ads a huge advantage.

So how do you set this up?

Just like any other Facebook Ad, you’ll want to start in either the Ads Manager or Power Editor.

When you get to the Placement section of the process, make sure to check Audience Network like in the image below: Once that is selected, you can continue with the normal Facebook process of setting up an ad!

So there you have it!

You now know how to advertise your business just like a major brand – the only difference is you’ll be spending pennies while they are spending 5+ figures!

I will take you step-by-step and show you exactly EVERYTHING you need to know about Facebook’s Audience Network… From setting up the ads, targeting, strategy, budgeting and scaling up! 2 Tips To Getting .01 Video Views With In Stream Ads On YouTube 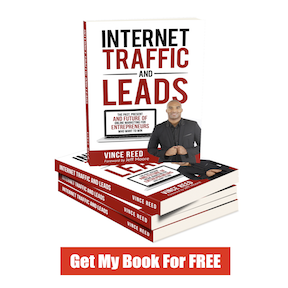